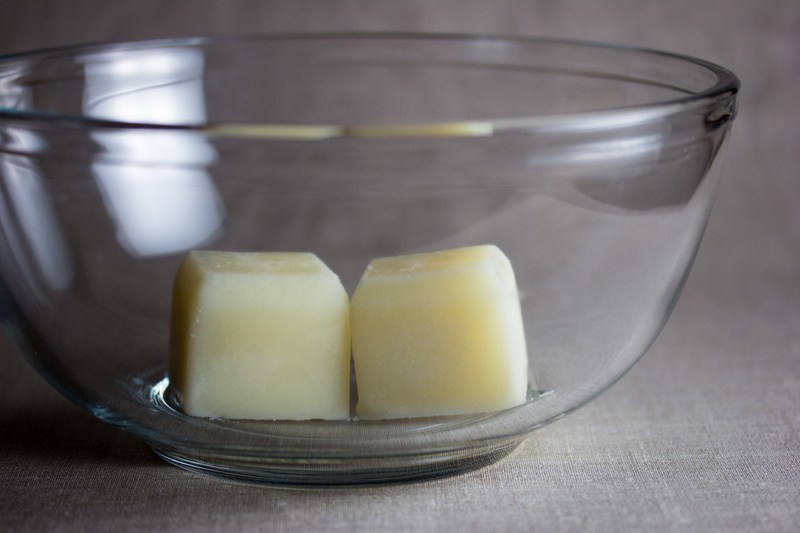 Shortening definitely has its place in vegan baking. From pie crusts, shortbreads and puff pastry, it’s a basic building block for texture. This solid fat is so integral to these types of desserts because it alters the way gluten is formed in baked items that utilize wheat-based flours. For more on the food science of shortening, check out my article on how to make vegan shortening.My original recipe for vegan shortening utilized a mixture of coconut oil and vegetable oil such as canola, light olive oil or rice bran oil. The coconut oil is solid at room temperature. When it’s mixed with a certain ratio of fats that are liquid at room temperature, a certain level of softness can be dialed in that makes it suitable to use as shortening. This recipe utilizes deodorized, also known as refined cocoa butter.


Why would you want to make your own shortening?

Why go through the hassle of making your own shortening? There are many reasons:

What is Cocoa Butter? 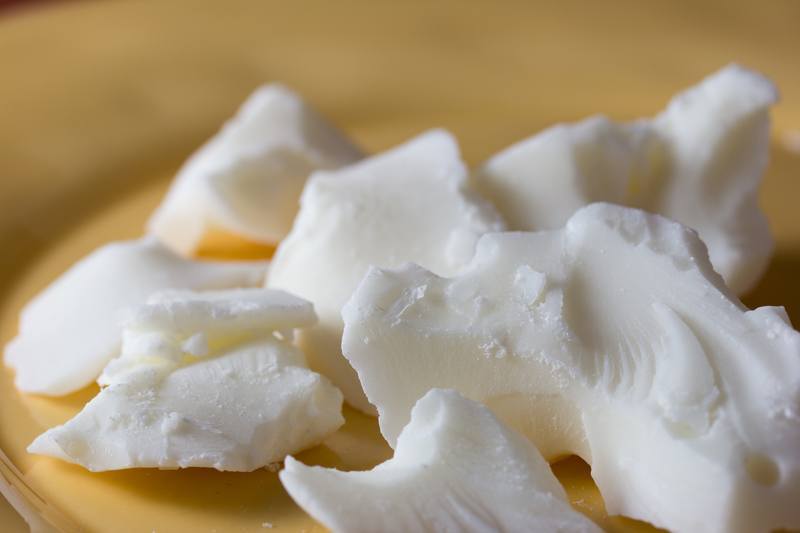 Where do you find Cocoa Butter?

Why use Cocoa Butter?

To understand why cocoa butter is so valuable in vegan shortening, we must understand the limitations of coconut oil. Coconut oil has a melting temperature of about 77F (25C). Cocoa butter melts at about 93-100F (34 to 38C). This is more in line with the melting point of palm oil, which is 95F (35C) and animal-based fats. The lower melting point of coconut oil means that once it’s mixed with vegetable oils, the shortening starts to melt at somewhere right below 77F (25C). In the United States this isn’t much of a concern, but in hotter climates, your shortening will often melt so quickly that it’ll be partially liquefied before you get a chance to bake your dough. Cocoa butter gives you added insurance that your dough will remain at the optimal texture before it goes into the oven in these hot conditions.
This Vegan Shortening recipe utilizing cocoa butter, in contrast to the vegan shortening that utilizes coconut oil, has a melt point between 80 and 85F (27 to 29C).
Due to the slightly lower melting point of coconut oil, I realized that it would be beneficial to have recipes for Vegan Butters, Shortenings and Frostings with higher melt points. I mean, have you seen frosting slide off a cake in hot weather? What a bummer!
Regular Vegan Butter - Cocoa Butter Base is another example of a Vegan Butter that likely has a slightly higher melting point than Regular Vegan Butter - Coconut Oil Base. 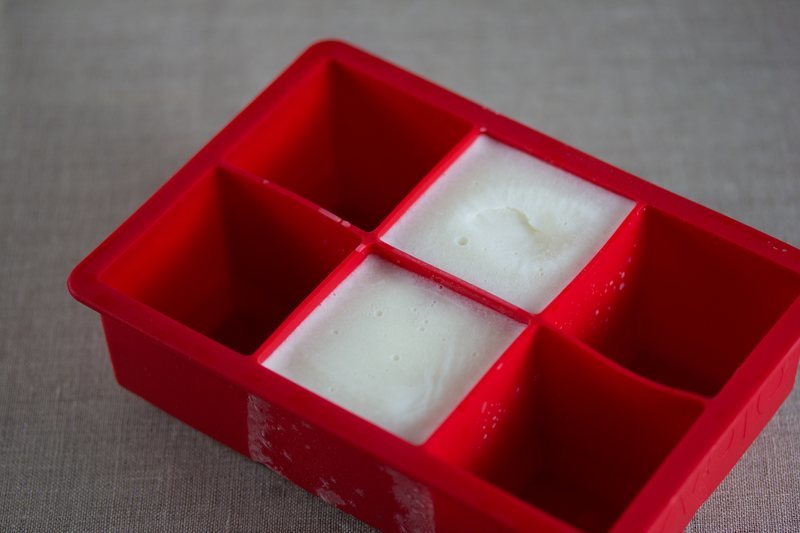 Learn more about the melting temperatures of fats.

1) Melt and mix your fats

Melt the cocoa butter in a microwave so it's barely melted and as close to room temperature as possible. Measure it and add it and the canola oil to a food processor. Making smooth shortening is dependent on the mixture solidifying as quickly as possible after it's mixed. This smoothness depends on the fats solidifying before they get a chance to separate. This is why it's important to make sure your coconut oil is as close to room temperature as possible before you mix it with the canola oil.

2) Transfer the Vegan Shortening to a mold and freeze

Process for 1 minute, scraping down the sides halfway through the duration. Pour the mixture into a mold such as an ice cube tray and place it in the freezer to solidify. An ice cube mold works well. The vegan shortening should be ready to use in about an hour. Store it in an airtight container in the refrigerator for up to 3 months or wrapped in plastic wrap in the freezer for up to 2 years. This recipe makes 1 cup, 215 grams, or the equivalent of 2 sticks Cocoa Butter Vegan Shortening.

Get a price on the Ice Cube Tray I Recommend at Amazon.