How To Make Vegan Puff Pastry 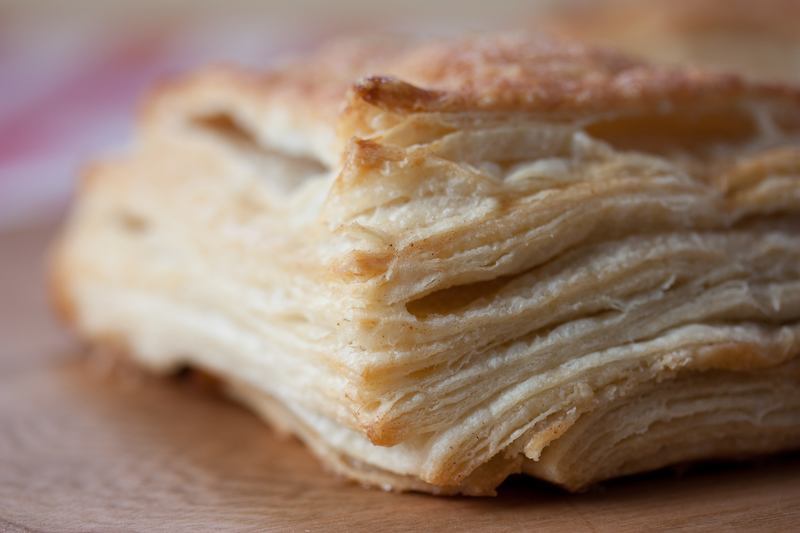 I'm obsessed with vegan baking because unlike traditional cooking, there are nearly no limits or boundaries to creating completely new forms of food. Effectively harnessing your imagination is the only truly required skill. Developing this skill, as well as understanding the fundamentals of baking allows you to create true art forms. Then you get to eat them.

Puff pastry is a truly remarkable building block for vegan baking because of its versatility. It can be the basis of anything from flaky layers enveloping fruit, coiled into rolls such as sticky buns, or twirled into cinnamon and sugar twists.

Referred to in France as pâte feuilletée which means pastry made leaf-like, puff pastry is made of several hundred alternating layers of dough and fat. The water in the dough produces steam during baking that separates and lifts the layers into the puffy goodness that we know and love. This steam-assisted lift is known as chemical leavening. Puff pastry often gets a bad rap due to the many steps of preparation involved. Puff pastry can be a truly time intensive endeavor- if you let it. I recommend splitting the preparation into little pieces and working at it a little bit at a time over a few days. This way you'll only spend a total of about an hour on it. You also have the option of making your puff pastry and storing it in the freezer for a special occasion or for that day when you can no longer resist some sticky caramel cinnamon buns.

For the puff pastry dough


For the Vegan Butter square


For the dough wash

In a medium mixing bowl, whisk together the bread flour and 1 ¼ cups of the all-purpose flour and salt.


If using an electric stand mixer


If mixing by hand

Add the flour and salt mixture to a medium mixing bowl and whisk to combine. Use a pastry cutter to cut in the Vegan Butter until the mixture has pea-sized chunks of butter. Drizzle in the ice water and lemon juice and mix using the mixing spoon until just combined and the butter pieces are no longer visible. Transfer the mixture to a clean counter and quickly knead until the butter starts coming off in your hands, about 30 seconds.  If the dough is initially too wet, add up to ¼ cup of all-purpose flour in 1 Tablespoon increments until you get the desired texture.

Roll the dough into a ball and use a sharp knife to cut an X shape into the top, extending halfway through the dough. Cover with plastic wrap and refrigerate for at least two hours.

In a medium mixing bowl add the 1 ¼ cups Vegan Butter pieces, the half stick of shortening pieces, ¼ cup all-purpose flour and mix on low until just combined. Place the mixture on a sheet of plastic wrap and use a bench scraper to shape to a rough 6 inch square. Wrap the Vegan Butter square in the plastic wrap and shape it to a more accurate square. Refrigerate for at least one hour. 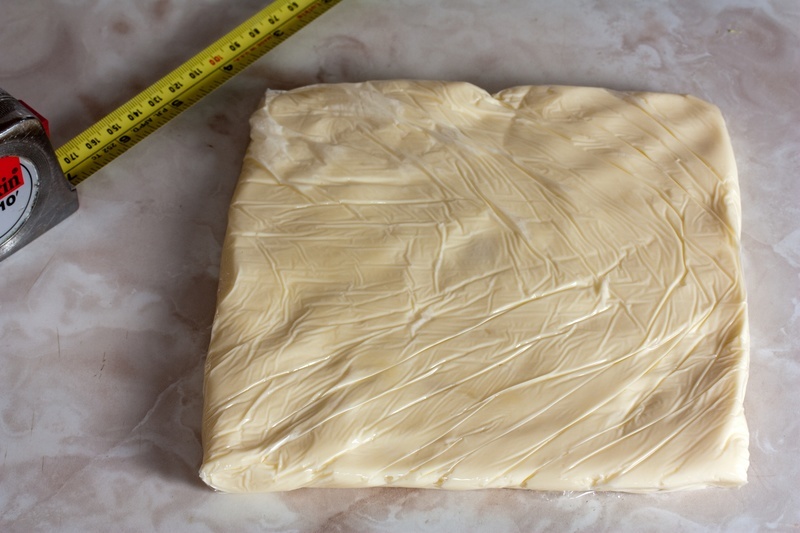 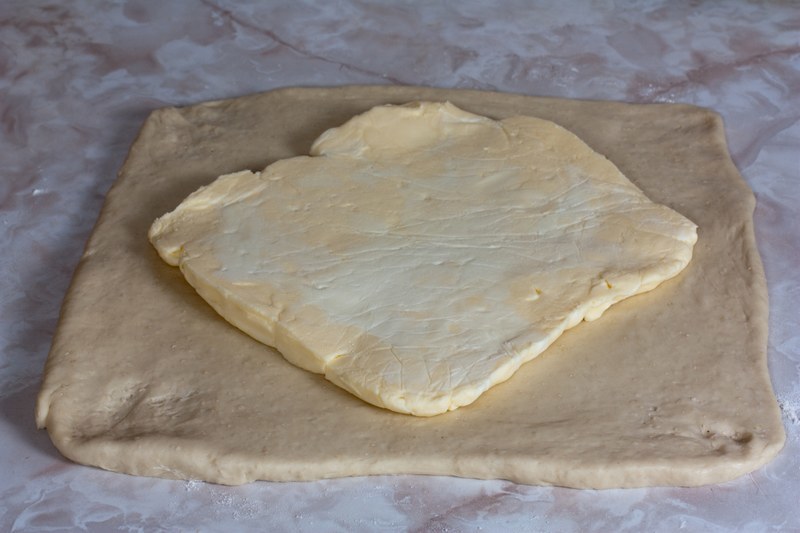 Fold the corners of the dough over the Vegan Butter as if you're wrapping it like a gift. Pinch the dough ends together to seal. 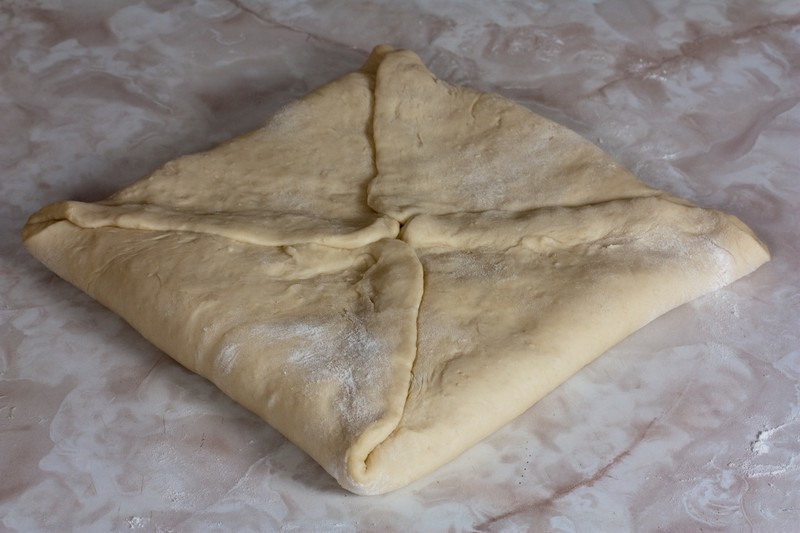 Use a rolling pin to lightly tap the dough, starting from the center and working your way towards the edges until the square becomes bigger. This helps make the fat pliable so it can be rolled with the dough. Carefully roll the dough out to 14 inches square. Feel free to dust the dough with flour if it begins to stick to anything. 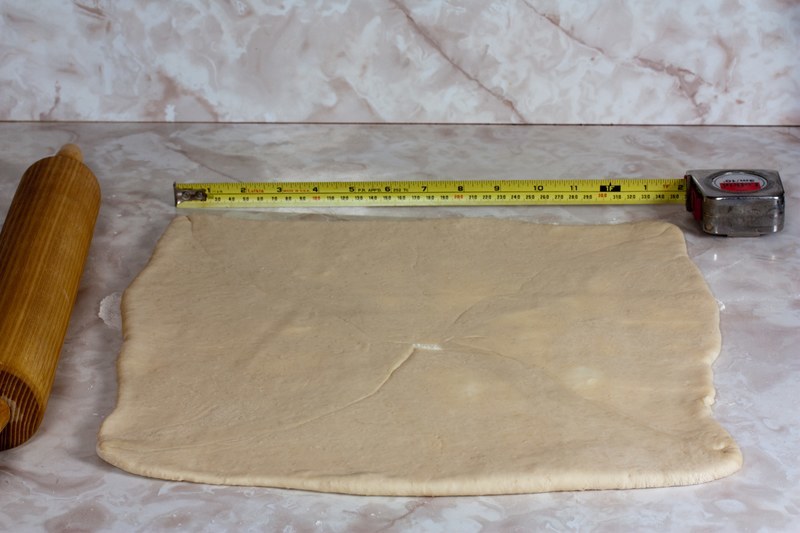 Fold the dough in three folds like a tri-fold business letter. This is known as a turn in the laminated dough world. 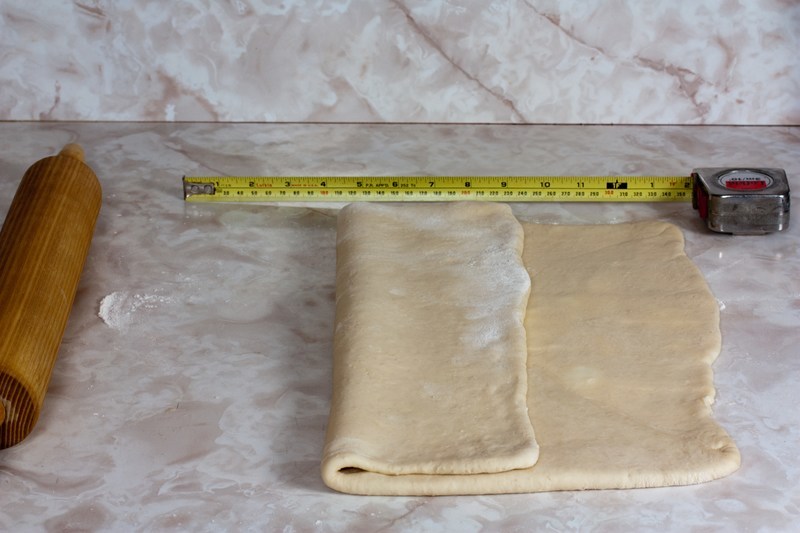 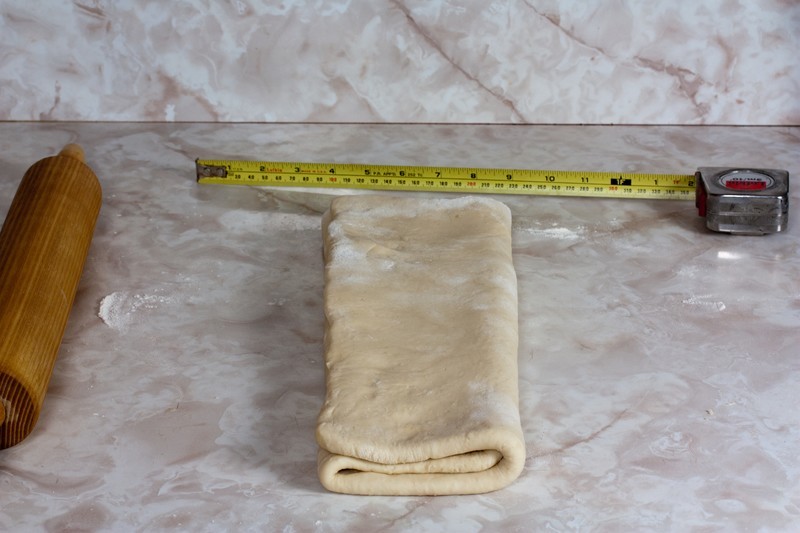 Now turn the dough 180 degrees and fold it in three folds again so it turns into a square. This counts as another turn. 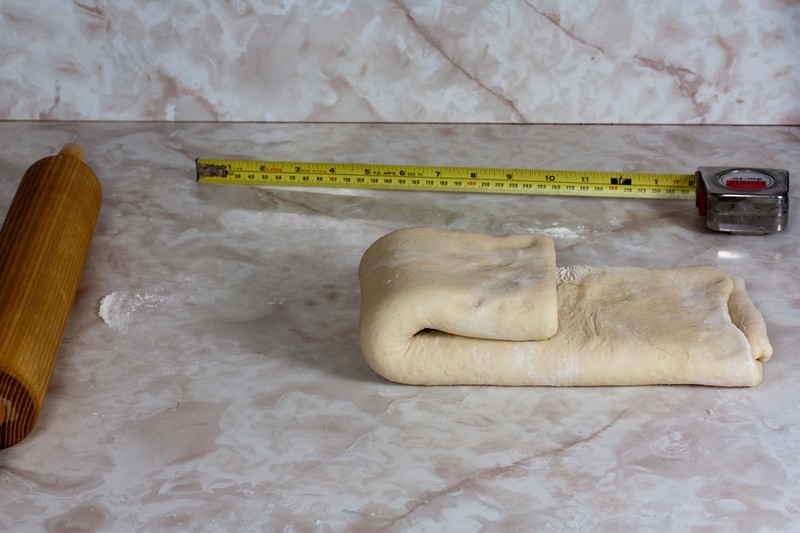 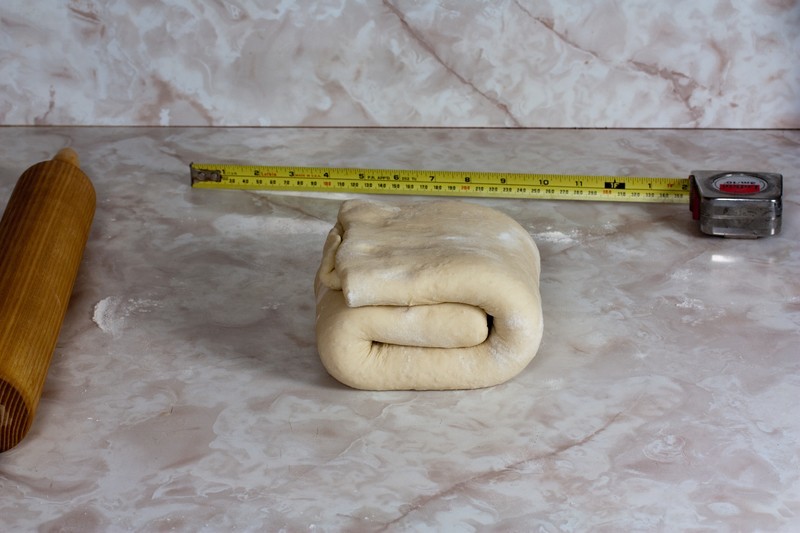 Wrap the dough in plastic wrap and refrigerate for at least one hour. The refrigeration allows the fats to resolidify and the gluten in the dough to relax. This causes the dough becomes more pliable and elastic while maintaining it's strength. Now is a great time to take a break for a day or so. It's important to not let the dough sit in the refrigerator for more than 3 days because it can start to discolor.

Repeat Step 5 two more times so you have a total of 6 turns. This will give you a total of 2187 layers of fat and dough.


How to use puff pastry

You now have a world of possibilities awaiting you with your puff pastry which includes turnovers, sticky buns, napoleons, palmiers, cinnamon twists and even pie crusts. Don't be afraid to let your creativity take control and invent your own desserts. Just keep in mind that the crispy flakiness of puff pastry is often a perfect match with fruit-based fillings or creamy layers. Use the dough wash by applying a coating to the puff pastry with a pastry brush right before you bake it for a golden brown exterior.

Puff pastry can be stored in the freezer for up to 2 months. Just cover the top of the dough with parchment paper, carefully roll the dough into a cylinder and double wrap with plastic wrap before freezing. Remove the puff pastry from the freezer and place it in the refrigerator to thaw the night before using.
This recipe makes one 20 x 15 inch rectangle of Vegan Puff Pastry. 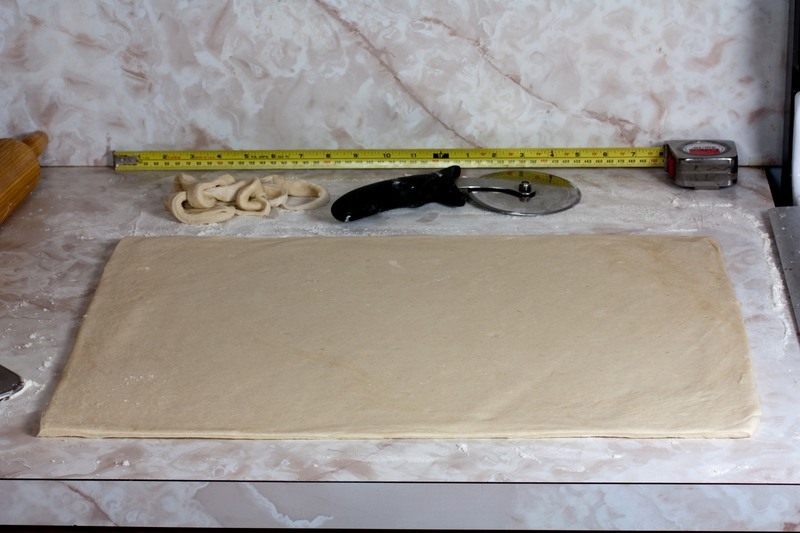 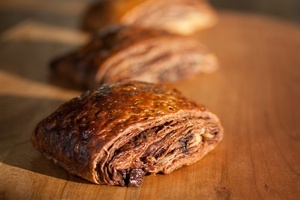 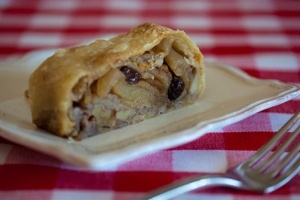 Vegan Apple Strudel
Category: Vegan Pastry Recipes
On Veganbaking.net I show you the hows and whys of vegan baking. Thanks for reading! -Mattie