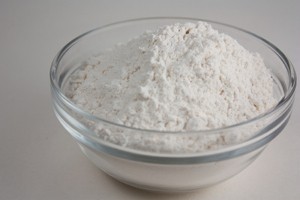 All-purpose flour or plain flour is designed to be used for most baking purposes. It's a wheat based flour that consists of a blend of hard (high protein) and soft (low protein) flour. All-purpose flour usually has an medium protein content in the range of 9% to 12%. 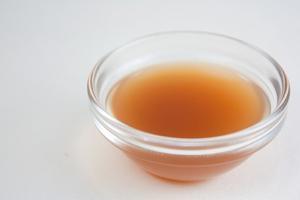 This sour elixir is made by fermenting apple juice so the sugars turn into alcohol. The cider then undergoes a second fermentation where the alcohol is converted to acetic acid. Acetic acid is what gives vinegar it's sour taste. In vegan baking applications, vinegar is often used for it's leavening and flavor enhancing properties. 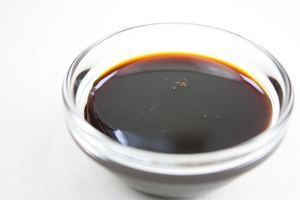 Also known as malted barley or malt extract, barley malt is a thick sweet syrup made from sprouting barley and using its enzymes to convert the starches into sugar. This mixture is then cooked down until it's reduced to a thick syrup. This process is known as malting. Barley malt is similar to molasses in its consistency although it's flavor is less strong and not as bitter as molasses. This dark brown syrup is great for enhancing pumpkin flavors in baked goods. It's also good when you want to increase the flavor complexity of baked goods. 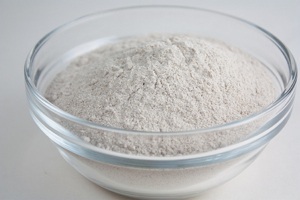 The buck in buckwheat is named after its triangular seeds which are high in protein. It's not actually wheat or even a grass. This flour is great for recipes where you want to add a little earthy flavor complexity by substituting it for some of the regular flour in your recipe. In baking, buckwheat goes great with things like pumpkin. Buckwheat flour contains no wheat or gluten which is an advantage for people who have issues digesting those products. Due to the fact that Buckwheat flour contains no gluten, it won't bind in your recipe as much as wheat-based flour so extra binding solutions may need to be looked into when baking with it. 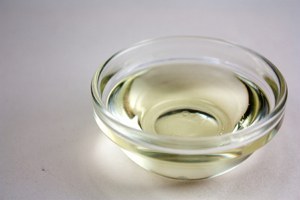 This oil comes from the seed of the canola plant. Canola was developed in Canada in the late 1970's from conventional plant breeding from the rapeseed plant. Rape is the Latin word for turnip. Plant breeders bred this variation to make an oil from the rapeseed plant which contained less erucic acid than rapeseed oil. This new plant was called canola which was taken from the words Canadian oil and low acid. 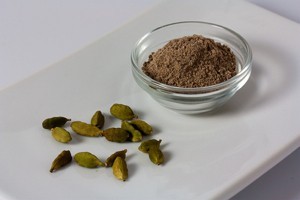 Cardamom is too often relegated to the corner of the spice rack, somewhere beyond the cinnamon, nutmeg and ginger when it comes to baking. Cardamom is every bit as interesting as those other spices often reminding the palate of a combination of all three. A member of the Zingiberaceae or ginger family, cardamom is the second most expensive spice in the world after saffron. Cardamom offers a spicy, sweet aroma with astringent notes and is native to the forests of Southern India and Sri Lanka. According to legend, Cleopatra used cardamom smoke to scent her palace before a visit by Mark Anthony.  It comes in two genera: Elettaria cardamomum (green cardamom) and Amomum cardamomum (black, brown, red and nepal cardamom). 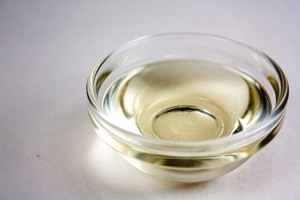 Coconut oil comes from the meat or kernel of the coconut from the coconut palm. In vegan baking applications coconut oil is very useful because it's solid at room temperature and contains no trans fats. Due to it being solid at room temperature it works wonderfully as a shortening or butter substitute in things like frostings, spreads, pound cakes, shortbread, etc. It's also one of the main ingredients in Vegan Butter.

Coconut oil is great for high heat applications because it has a high smoke point of 360F (180C). It's high amount of saturated fats allows it to have extraordinary shelf life, approaching two years without going rancid. These saturated fats also allow it to be solid at room temperature and melt at around 76F (24C). 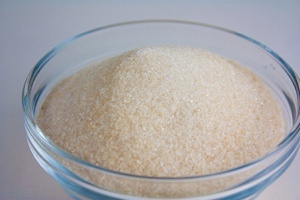 Turbinado sugar is made from crushing sugar cane to extract the juices. The juices are then evaporated by heat then crystalized. After evaporation the crystals are then spun in a turbine or cylinder to remove the last bits of moisture. Turbinado comes from the word turbine. 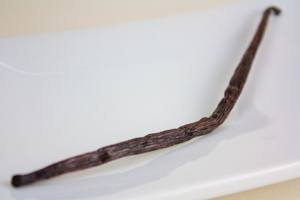 Of the spices used for baking perhaps none is as intriguing as vanilla. Catching a vanilla aroma outside of a bakeshop or kitchen can start an appetite out of thin air for sweets. Vanilla is sexy and mysterious. How does something so essential to desserts come from such a humble little pod?

Vanilla's rich history being cultivated started with the Totonac people in what is now modern day Mexico. Cortez eventually found the orchid pods along with chocoalte and brought them back to Spain and gave it the name vanilla which means little pod.