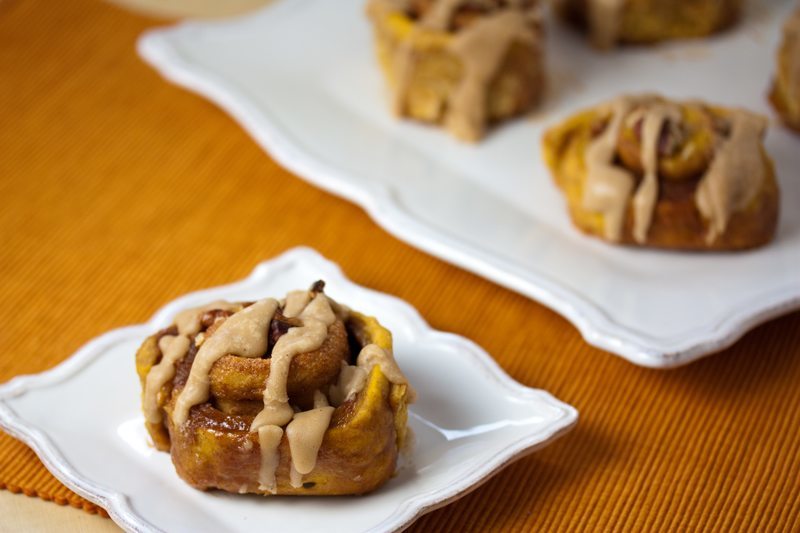 In a small mixing bowl, whisk together the 3 Tablespoons water and the flax meal. Set aside.

In another small mixing bowl, whisk together the warm water and the yeast. Allow the mixture to sit for about 10 minutes so the yeast activates.


3) Measure out the flour

Add the flour to a medium mixing bowl.


4) Whisk together the flavor building ingredients


6) Knead the dough and allow it to rise

Lightly dust a clean surface with flour and knead the mixture for 5 to 10 minutes. The dough should be firm and smooth, not sticky. Place the dough back into the mixing bowl, cover and place in a warm place like on top of the stove for 1 hour. After 1 hour has passed, knead the dough for about 30 seconds and let it rest for 10 more minutes.


8) Roll the dough and apply the filling

Roll the dough into a flat 16 x 20 inch rectangle. Spread the Vegan Butter, sugar and cinnamon mixture evenly on top using the back of a spoon.


9) Roll up the dough and cut it into sections

Carefully roll up the dough lengthwise so it's 16 inches long. Cut it into 1 ½ inch sections with a sharp knife.

Preheat the oven to 400F (204C). Place the rolls close together, cut side up in a lightly greased 9 x 13 inch baking dish. This will ensure that the rolls don't unravel during baking. Sprinkle the pecans over them. Cover with plastic wrap and let the buns rise for one more hour. 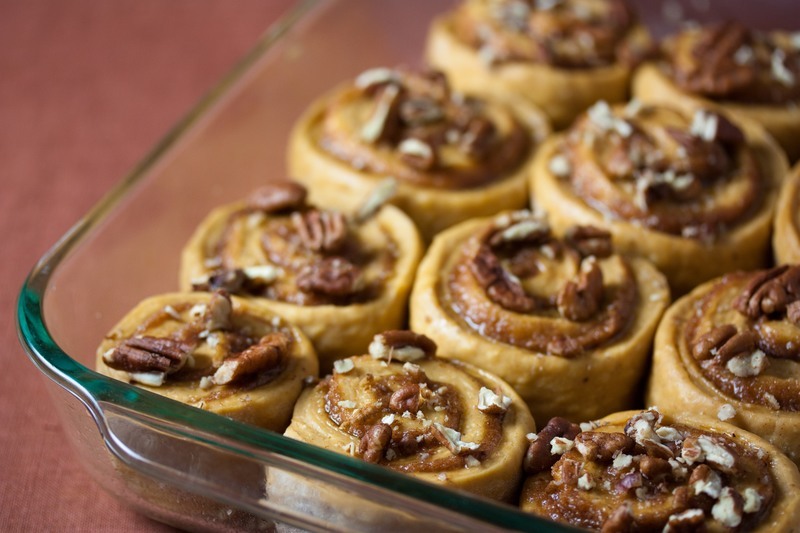 Prepare the Vegan Rum Spice Icing and set aside.

Bake until the cinnamon rolls are just starting to turn golden, about 17 minutes, rotating the dish halfway through the baking duration. Pour the icing on the warm rolls before serving. You may want to heat the icing up a little so it can easily be poured.
This recipe makes about 12 Vegan Pumpkin Cinnamon Rolls with Rum Spice Icing.

Get a price on the 9 x 13 Inch Baking Dish I Recommend at Amazon.