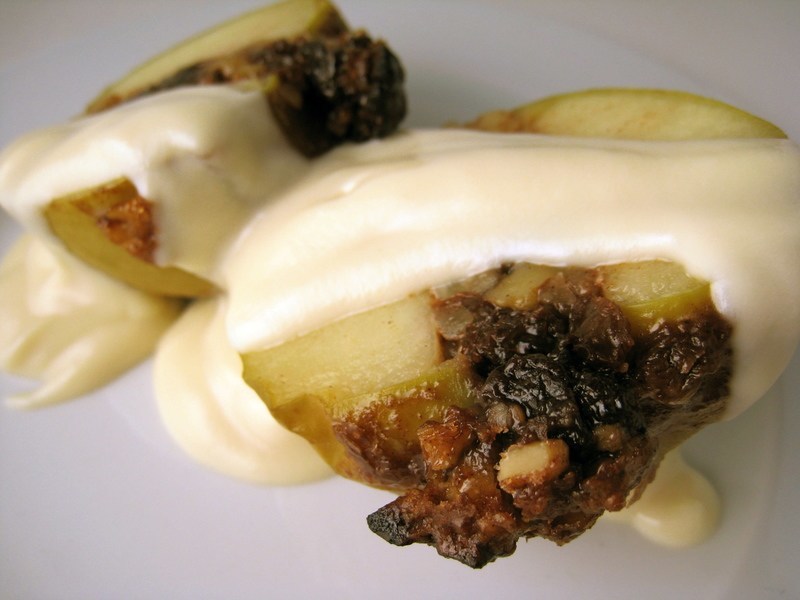 Preheat oven to 375F (190C). Wash the apples. Using a paring knife, remove the cores of the apples almost, but not completely to the bottom. If you have an apple corer you can cut the core out all the way through but be sure to cut off the bottom ½ inch of the core and put it back in the bottom of the apples. Be sure to dig out any seeds. The holes should be about ¾ inch to one inch wide.


2) Whisk together the flavor building ingredients and stuff the apples

In a small bowl whisk together the pecans or walnuts, raisins, brown sugar, maple syrup, Vegan Butter, cinnamon and nutmeg. Place the apples in a 8 x 8 inch square baking dish. Stuff each apple with this mixture.


3) Bake the apples to perfection

Add the water and bourbon to the baking dish. Bake for about 35 minutes, until tender when poked with a fork, but not mushy. Remove from the oven and baste the apples several times with the pan juices. Serve warm with vanilla non-dairy ice cream or vanilla yogurt. This recipe makes 4 Vegan Bourbon Baked Apples.

Get a price on the 8 x 8 Inch Square Baking Dish I Recommend at Amazon. 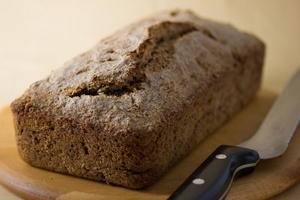 Easy Vegan Rye Bread
Category: Vegan Yeasted Enriched Bread Recipes
On Veganbaking.net I show you the hows and whys of vegan baking. Thanks for reading! -Mattie