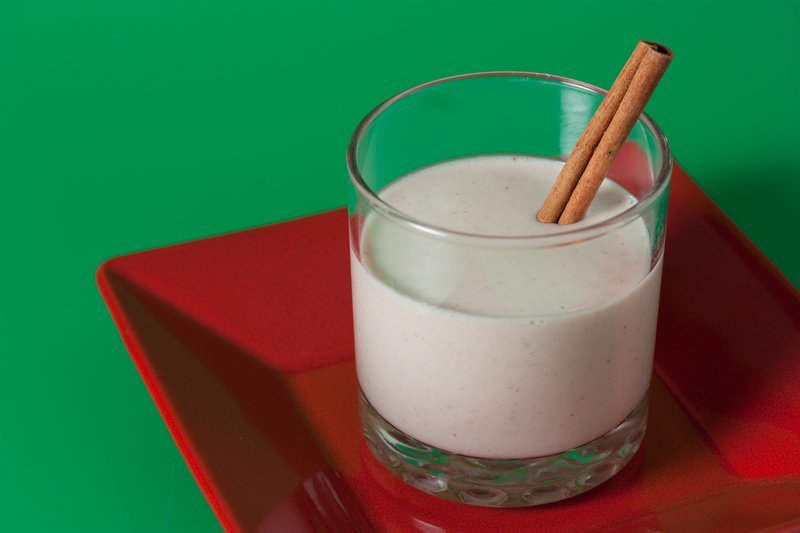 This Vegan Cashew Egg Nog recipe is super easy to make and doesn't actually contain eggs. It's just a great 'nog to put a splash of bourbon or rum into. It's even good on it's own. Using the arrowroot powder or tapioca flour is important to achieve the creamy texture and emulsify the fats with the rest of the liquids. Perfect for a lazy evening next to a crackling fire space heater. Legend has it that egg nog originated in England where it consisted of a mix of milk, eggs and either brandy, Madeira or sherry. It wasn't until it was brought over the the United States that it started to get mixed with bourbon, a reaction to other liquor's scarcity during the American Revolutionary War.

In a medium saucepan, add the water, cashews, sugar and arrowroot powder or tapioca flour. Bring the mixture to a boil and simmer covered for 15 minutes, stirring occasionally.


2) Blend the cashews with the flavor ingredients

Transfer the mixture to a blender and add the canola oil, apple cider vinegar, nutmeg, cinnamon and vanilla extract. Blend on the whip setting for 1 ½ minutes. Place a towel on top of the blender and hold it down so you're shielded from any hot liquid that may splash up when you start the blender.


3) Cool the vegan egg nog in the refrigerator 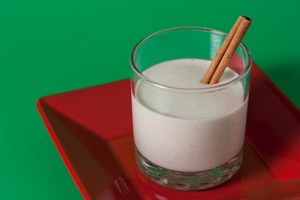 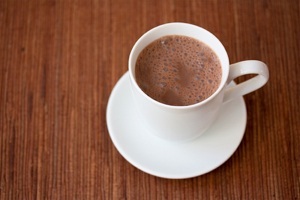 Vegan Jello Shots
Category: Other Vegan Baking Recipes
On Veganbaking.net I show you the hows and whys of vegan baking. Thanks for reading! -Mattie