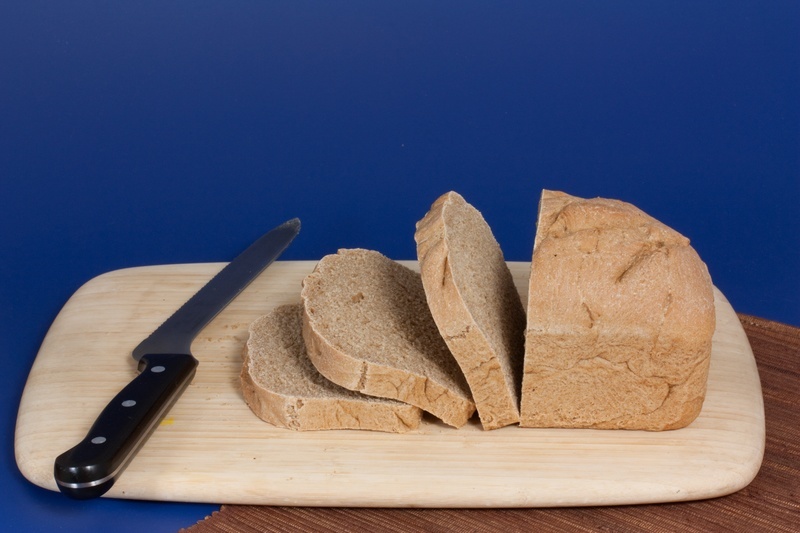 There's nothing quite like home made bread. This hearty Easy Vegan Wheat Bread recipe is easy to whip up if you have a few hours and it's really simple. In bread baking, longer rise cycles at lower temperatures usually result in more flavor compounds that are generated due to the yeast extracting and break down more starches in the flour and converting them into sugars which will then get caramelized during baking. Some doughs call for an overnight rise in the refrigerator so optimum flavor can be developed. In this vegan loaf you have the option of doing an overnight slow rise in the refrigerator or a regular rise. The two first rise cycle is for the main fermentation of the dough where the yeast eats the most sugars and rises the bread with CO2. The last rise is called proofing in where the dough rises after it's been molded into it's desired shape or placed in it's specific mold.

In bread baking it's absolutely essential that no shortcuts are taken when following a recipe because you're manipulating a fermentation with very exacting tolerances; just like when brewing beer. Any deviation can result in a botched experiment, aka a brick.

In a small mixing bowl, whisk together the warm water, maple syrup and yeast. Let the mixture sit for about 10 minutes so the yeast activates.

In a medium mixing bowl whisk together the whole wheat flour and salt.

Add the water mixture to the flour mixture and stir with a wooden spoon until the dough comes together into a sticky ball.


4) Knead the dough and let it rise 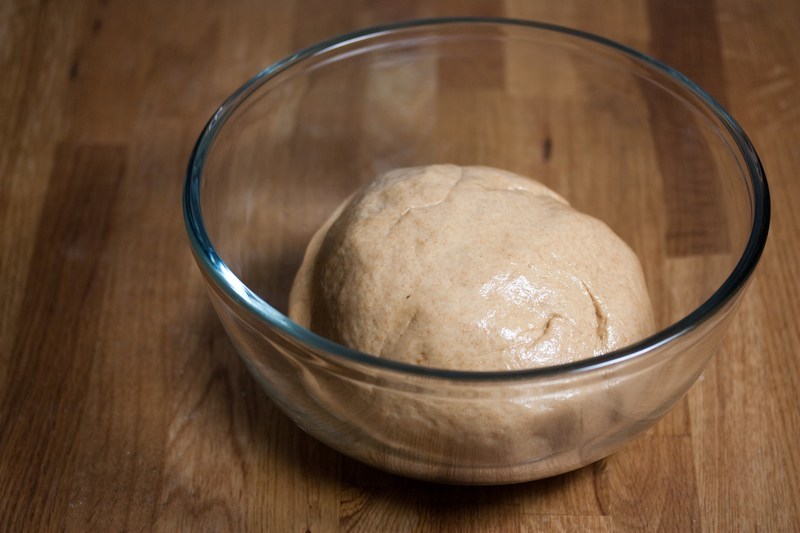 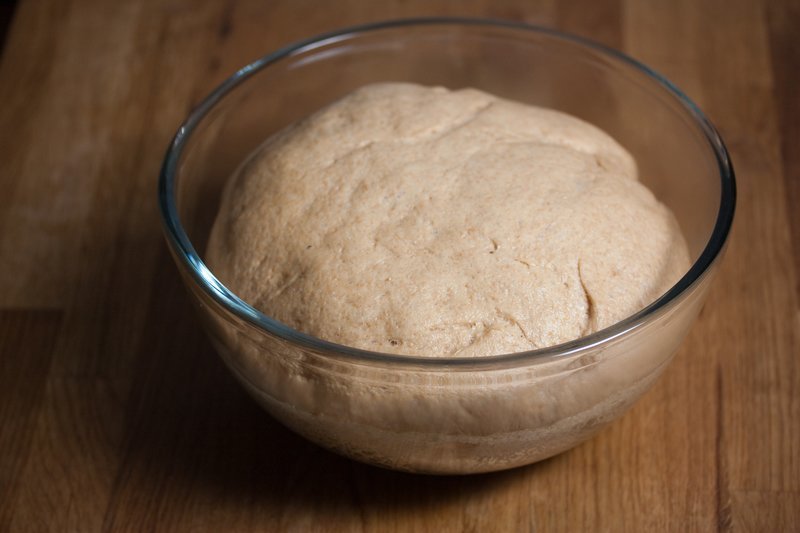 5) Let the dough rise once more

Preheat your oven to 375F (191C). Remove the plastic bag so the dough can rest for about 10 minutes while your oven is preheating. During the baking process, the dough will rise another 10% to 20% of it's intended size in the process known as oven spring. Bake until the internal temperature of the bread measured with an instant-read thermometer registers 180-190F (82-88C). If you don't have a thermometer, this is about 25 to 30 minutes or until the bottom of the loaf sounds hollow when the loaf pan is tapped with a blunt object like a rolling pin.


8) Allow the bread to cool slightly

Remove the bread from the loaf pan after about 15 minutes. Allow the bread to cool on a wire rack until it's room temperature. This bread is best stored covered in a cool dark place or pre-sliced and stored in a plastic freezer bag in the freezer. This recipe makes one loaf of Easy Vegan Wheat Bread.

100 Percent Rye Bread
Category: Vegan Yeasted Enriched Bread Recipes
On Veganbaking.net I show you the hows and whys of vegan baking. Thanks for reading! -Mattie