The role of pentosans in rye breads

Rye berries do contain small amounts of glutenin and gliadin but just not enough to make a considerable effect in baked goods. Pentosans hydrate and swell which is a contrast to gluten which forms long sticky strands that enforce bread like rebar in concrete. These vegetable gums can become overworked extremely quickly, resulting in an excessively gummy dough that won't hold air bubbles during leavening. The pentosans in rye flour don't aid leavening as effectively as gluten does in wheat flour so I've found an optimal ratio of high-protein bread flour to rye flour so a loaf with respectable rise will still result. 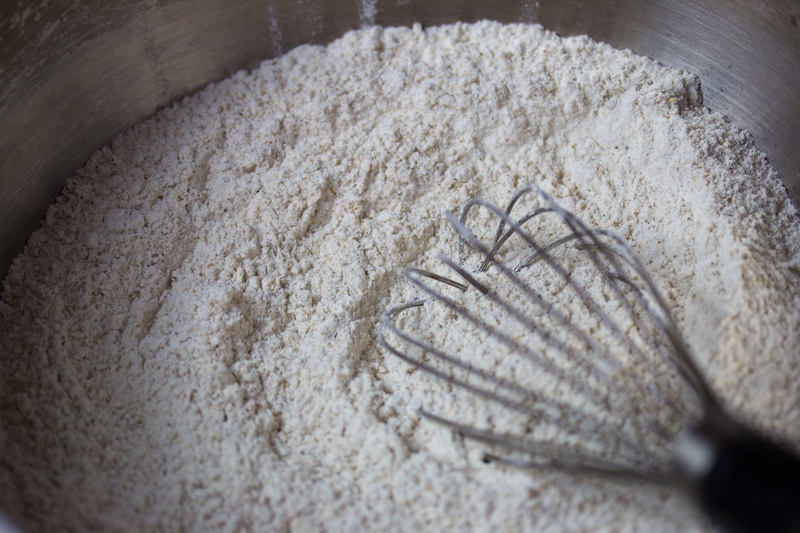 Dark rye flour isn't actually dark. This loaf is slightly golden in color due to the addition of molasses. If you'd like to make a white rye then the molasses can be omitted.

In a medium mixing bowl, whisk together the bread flour, dark rye flour and salt until well incorporated.


3) Whisk together the wet ingredients

In another medium mixing bowl, whisk together the sugar, molasses, caraway seeds and stir until just combined. Whisk in the warm water mixture from Step 1.


5) Coat the ball of dough in vegetable oil


7) Let the dough rise once more

Preheat your oven to 375F (191C). Remove the plastic bag so the dough can rest for about 10 minutes while your oven is preheating. During the baking process, the dough will rise another 10% to 20% of it's intended size in the process known as oven spring. Bake until the internal temperature of the bread measured with an instant-read thermometer registers 180-190F (82-88C). Rotate the loaf 180 degrees in the oven halfway through the baking duration for even baking. If you don't have a thermometer, this is about 40 to 45 minutes or until the bottom of the loaf sounds hollow when the loaf pan is tapped with a blunt object like a rolling pin.

Since this rye bread isn't bound together with gluten we need to wait until it cools completely before removing it from the loaf pan. This bread is best stored covered in a cool dark place or pre-sliced and stored in a plastic freezer bag in the freezer. This recipe makes one loaf of Easy Vegan Rye Bread.

Wild Yeasted Wheat Bread
Category: Vegan Yeasted Enriched Bread Recipes
On Veganbaking.net I show you the hows and whys of vegan baking. Thanks for reading! -Mattie