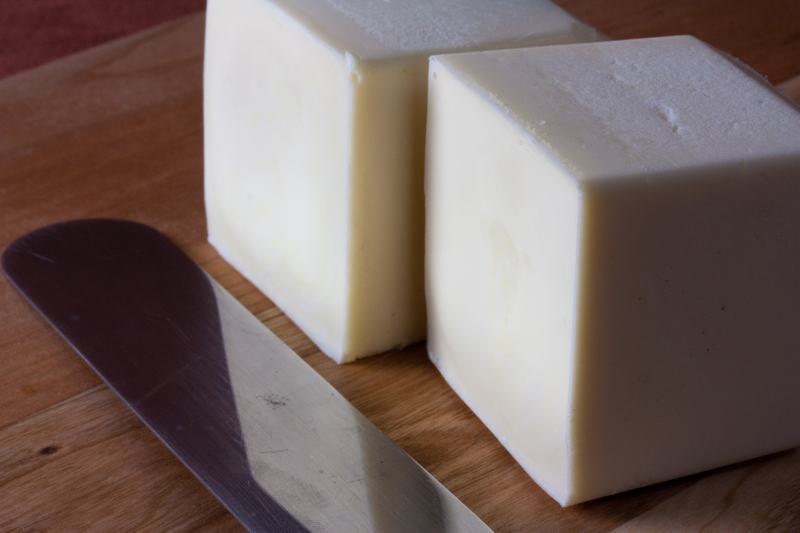 Vegan Butter is designed to mimic real butter and perform optimally in vegan baking applications. Like real butter, Vegan Butter is more solid than tub margarine and not as spreadable. If your goal is to have a conveniently softer, spreadable Vegan Butter, swap out 1 Tablespoon of the cocoa butter with 1 additional Tablespoon canola, light olive oil or rice bran oil.

Melt the cocoa butter in a small saucepan over low heat so it's barely melted and as close to room temperature as possible. You can also use a microwave but the melting is considerably faster using the saucepan melting method. Measure it and add it and the canola oil to a food processor. Making smooth vegan butter is dependent on the mixture solidifying as quickly as possible after it's mixed. This is why it's important to make sure your cocoa butter is as close to room temperature as possible before you mix it with the rest of the ingredients.

Cut a quarter off the length of a vanilla bean. Now cut the quarter in half lengthwise and use a knife to scrape out the center paste of the bean by running it along the inside, lengthwise.

Add the soy milk mixture, vanilla bean paste, agave syrup, soy lecithin and xanthan gum to the food processor. Process for 2 minutes, scraping down the sides halfway through the duration. Pour the mixture into a mold and place it in the freezer to solidify. An ice cube mold works well. The vegan butter should be ready to use in about an hour. Store it in an airtight container in the refrigerator for up to 1 month or wrapped in plastic wrap in the freezer for up to 1 year. This recipe makes 1 cup (215 grams), or the equivalent of 2 sticks of White Chocolate Vegan Butter.