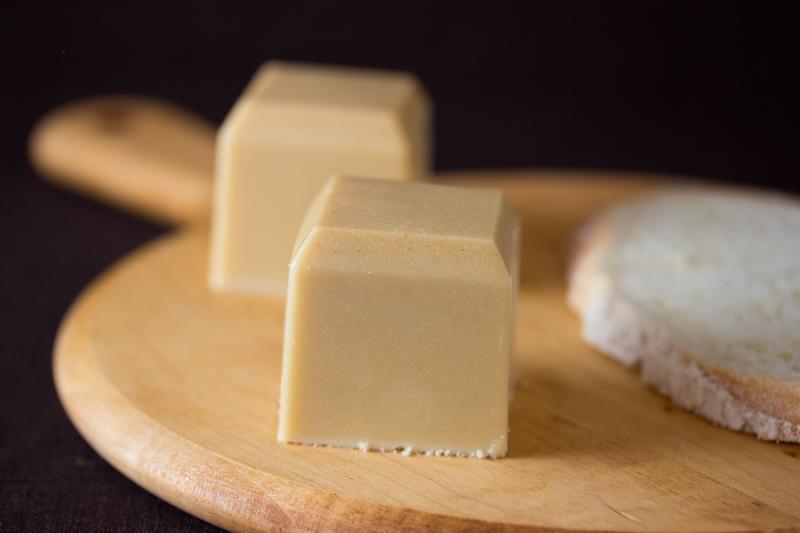 Several years ago, one of my favorite restaurants, Millennium, in San Francisco had a particular bread spread they would serve with fresh bread, just as you were seated. This particular spread wasn't buttery, but it had a particular creamy buttery oomph that actually made it taste better than butter when it was slathered on your crusty slice. And since it obviously wasn't butter, you could spread on even more without getting funny looks from your Mom across the table. You could run out of it and confidently ask for more, again and again! Then one day they switched over to a fava bean-based spread that was sadly sub par and the bread spread I loved oh so much mysteriously disappeared from existence. This savory bread spread made a lasting impression on me and I knew that one day I would rise to the challenge and create my own rich version.


The nuances of packing richness and savoriness into Vegan Butter

Although Miso Tahini Tarragon Vegan Butter is different from the creamy Millennium bread spread of yore, like the restaurant's version, I feel it fills the niche that so many vegan butters and spreads lack; the ability to provide a rich, savory kick that butter can't even do. This is because the tahini adds sharpness, the miso adds savory complexity and the tarragon ties it all together with an irresistible herbaceousness. And since it's Vegan Butter, it can be used in baking savory items like pie crusts for vegan pot pies, pizza crusts or even biscuits while keeping dough textures intact.

It's important to use shiro miso in Miso Tahini Tarragon Vegan Butter. Golden hued shiro miso has a delicate savory flavor compared to the funk of the other misos, mainly due to it not being fermented as long.

Melt the coconut oil in a microwave so it's barely melted and as close to room temperature as possible.

Place the coconut oil, tahini, miso, tarragon, canola oil, lecithin and xanthan gum in a food processor. Process for 2 minutes, scraping down the sides halfway through the duration. If you have a VitaMix, blend on the lowest setting for 1 minute.

Pour the mixture into a mold and place it in the freezer to solidify. An ice cube mold works well. The vegan butter should be ready to use in about an hour. Store it in an airtight container in the refrigerator for up to 1 month or wrapped in plastic wrap in the freezer for up to 1 year. This recipe makes 1 cup (215 grams) of Miso Tahini Tarragon Vegan Butter, or the equivalent of 2 sticks vegan butter.
For more vegan butter recipes check out the Vegan Butter section. 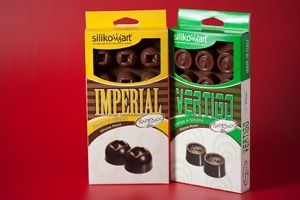 Vegan Baking Day is Coming the 1st of October!
Category: Vegan Baking Guides
On Veganbaking.net I show you the hows and whys of vegan baking. Thanks for reading! -Mattie