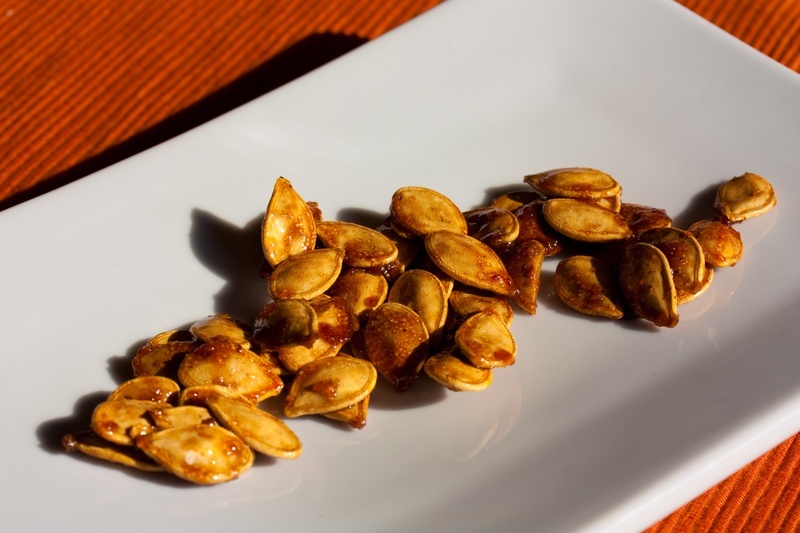 
1) Remove your pumpkin seeds from the pumpkin and sauté

After cutting your pumpkin open, grab a hold of the seed bunches and pull them out. This is far easier than scraping out the 'guts' and removing the seeds later. Rinse the seeds in a colander and drain. Place them in a medium skillet over medium heat, stirring frequently, for about 10 minutes or until puffed.


2) Add the ingredients and continue sautéing

Spread the pumpkin seeds out on a piece of parchment paper, separate using two forks and allow to cool completely. Store the seeds in an air tight container for up to 1 month. This recipe makes about 2 cups Candied Spiced Pumpkin Seeds.

Get a price on the Skillet I Recommend at Amazon.


{loadposition article-end]
On Veganbaking.net I show you the hows and whys of vegan baking. Thanks for reading! -Mattie