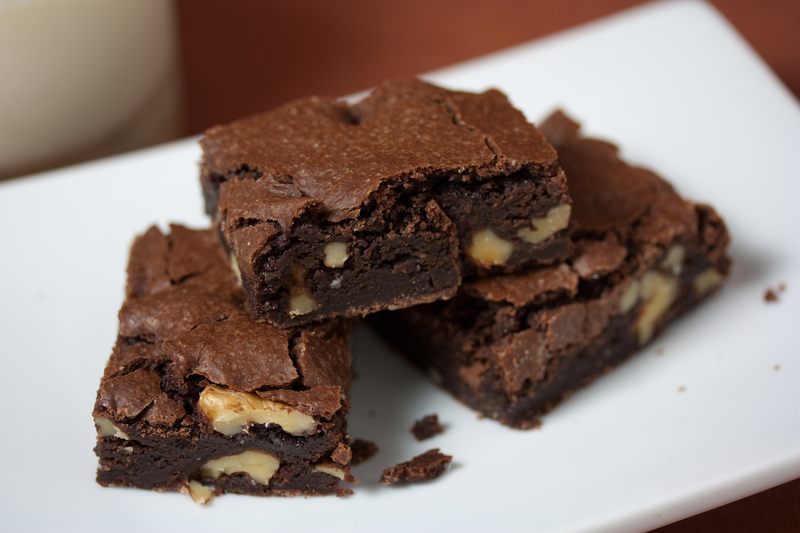 Ultimate is not something that I throw around lightly, especially for vegan brownies. I've had my share of vegan and regular brownies and been baffled by how lacking vegan versions are. Growing up on my Grandmother's brownies, I learned that a good brownie should be dense, fudgy and soft; not light, cakey and dry. Why is it so hard to emulate a traditional brownie recipe that simply consists of a few simple ingredients? Hint: it's due to the egg, which emulsifies, binds, slightly leavens then bakes up as part of the actual base of the brownie itself. To emulate this takes an expedition deep into the innards of brownie science, oh and for me, about seven years of failing until figuring this out.

I started by emulating two eggs with water and golden flax meal. I then added some baking soda to the flour to emulate egg's subtle leavening tendencies. Cocoa powder along with semi-sweet chocolate and espresso powder allows the complex chocolate flavors to truly shine. I tested these brownies with canola oil but later settled on Vegan Butter or margarine because it allowed the flavor to mingle and slightly evolve along the flavor profile, rather than diminishing in a downward spiral which was the case with canola oil. This is why chocolate baked goods with canola oil rarely match up to chocolate baked goods with Vegan Butter or margarine. In order to make dense, soft vegan baked goods like brownies and cookies that are similar to their egg-laden counterparts, the dough must be extremely thick because the egg is not going to be there to act as a structure builder as flour does. Thus, you have to add extra flour so it can take over for the egg. The result of this vegan brownie R&D is a dense, fudgy, soft brownie with a complex chocolate flavor.

Update: I originally developed this recipe to call for 35 minutes of baking on the lowest oven rack position in your oven. Many commenters came forward with their results and it started to become clear that a shorter baking time on the middle oven rack position could actually improve the flavor and texture of the brownies. After some additional testing, I've confirmed that baking on the middle rack for 25 minutes actually yeilds softer, chewier, fudgy, more flavorful brownies with fruitier chocolate notes! It looks like the longer baking time I originally called for was cooking off some of these more volatile chocolate flavors. I'm thrilled that your helpful input was able to help me make this recipe even better!


1) Prepare the flax meal, your oven and your baking dish

In a small mixing bowl whisk together the water and flax meal. Let it sit for about 10 minutes so the mixture gets goopy. Ensure your oven rack is in the middle rack position. Preheat your oven to 350F (177C). Line an 8 x 8 inch baking dish with parchment paper allowing excess parchment paper on opposite sides so you can pull the brownies out of the baking dish later. 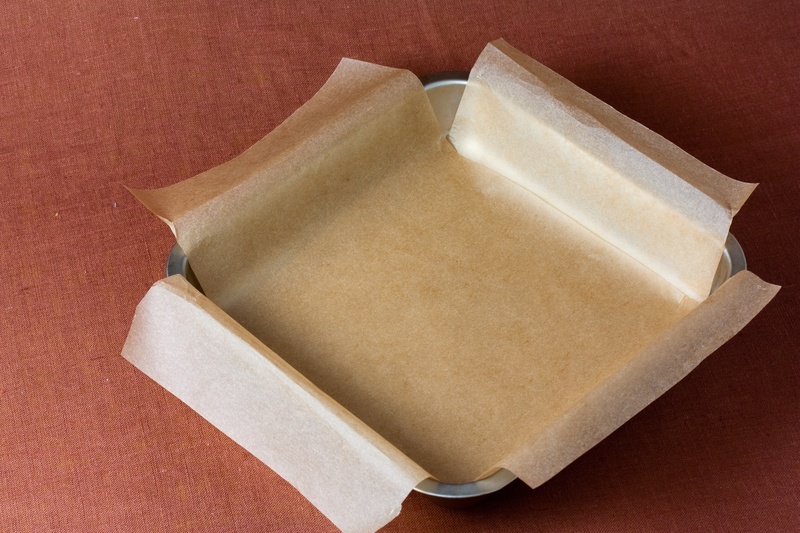 2) Whisk together the four and baking soda

In a medium mixing bowl whisk together the all-purpose flour and baking soda. Set aside.

In another medium mixing bowl add the cocoa powder, semi-sweet chocolate, espresso powder and salt. Add the boiling water and using a spoon, mix in the ingredients into a paste, making sure that all of the chocolate pieces are melted. Add the sugar, Vegan Butter, vanilla extract, flax meal mixture from Step 1 into the chocolate mixture and mix with an electric mixer until smooth. Stir in the walnuts if you're using them. Using a spoon, mix in the flour until well combined. The mixture will become extremely thick and you may need to use your hands to mix. Refrain from mixing this dough with an electric mixer at this point; this will overwork the dough and activate too much gluten, negatively affecting the texture of the brownies.

Transfer the brownies to a cooling rack by lifting them out of the baking dish by taking hold of the exposed parchment paper on each side. Allow them to cool completely before slicing into squares.
This recipe makes one 8 x 8 inch baking dish of Ultimate Vegan Brownies. 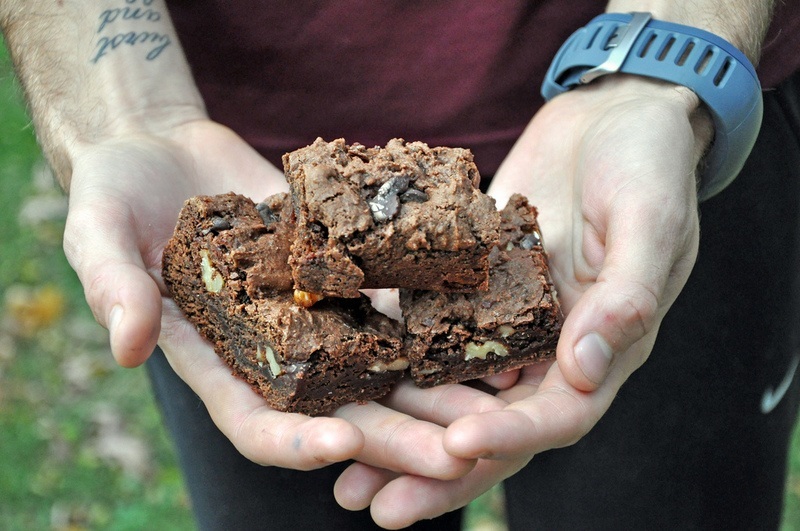 A big thanks goes out to (never home)maker for the above picture.

Get a price on the Organic, Fair Trade Certified Cocoa Powder I Recommend at Amazon.

Vegan Choctacular Chocolate Brownies
Category: Vegan Brownie Recipes
On Veganbaking.net I show you the hows and whys of vegan baking. Thanks for reading! -Mattie